Evan Spring is a jazz historian, teacher and freelance editor. His primary research focus is the New York jazz scene of 1955 to 1964.

At this point Evan almost became a policy wonk, earning a Masters of Public Administration from Columbia University’s School of International and Public Affairs. A management consultant, Sue Lehmann, hired him to research and co-write the primary briefing paper (“High Academic Standards and School Reform”) for the 1996 National Education Summit, sponsored by IBM and the National Governors Association. He was also a consultant for the New Jersey Performing Arts Center in Newark, writing a program evaluation and curriculum guide for a youth performance program, “Jazz for Teens.”

Meanwhile, Evan earned another Masters degree in Jazz History and Research at Rutgers University in Newark, New Jersey. This is still the only graduate program bringing the rigors of musicology to jazz history studies. In 1999 he was in the first graduating class.

In October 2003 Evan became managing editor of the Annual Review of Jazz Studies (ARJS), a scholarly journal published by Scarecrow Press and the Institute of Jazz Studies at Rutgers-Newark. He evaluated and edited all articles and reviews, working directly with contributors. In 2009 he spearheaded a successful effort to convert ARJS to an “open access” peer-reviewed journal available free online. Publication went to twice yearly, so the journal reverted to its original name, Journal of Jazz Studies (JJS). With guidance from other editors, Evan did the bulk of the editing and shepherded each issue through all stages of publication, including layout. He also managed relations with the editorial board, online technical issues, and publicity.

Evan has edited several books on a freelance basis, including Open the Door: The Life and Music of Betty Carter (by William Bauer, University of Michigan Press, 2002); Where the Dark and the Light Folks Meet: Race and the Mythology, Politics, and Business of Jazz (by Randall Sandke, Scarecrow Press, 2009); and The Solo Singer in the Choral Setting (by Margaret Olson, Scarecrow Press, 2010). He was associate editor of the anthology The Cambridge Companion to Duke Ellington (Cambridge University Press, 2015).

Evan’s freelance writing extends to his favorite travel destination, Iceland. He spent all of 2007 researching and writing the 385-page first edition of Frommer’s Iceland. (Frommer’s was then the bestselling travel guidebook series in North America.) He also wrote “Night Vision: Hiking Fimmvörðuháls Before the Eruption,” about an overnight group hike on the summer solstice, for the magazine Iceland Review (Spring 2010).

Evan has considerable teaching experience in the jazz history field. In 1998 he taught an undergraduate class, “Jazz,” at Rutgers University-Newark. In spring 2002 he taught jazz history to jazz performance majors at the Manhattan School of Music (replacing an instructor who left soon into the semester). For three consecutive years (2001 to 2003) he taught “Research Methods” to students earning an MA in Jazz History and Research at Rutgers. In 2013 and 2017, again for Rutgers, he taught the online graduate class “Jazz Historiography.” He is teaching this class again in fall 2018, with enrollment open to undergrads.

Evan is also President of the Worthington Historical Society in Worthington, Massachusetts, and runs their website and blog.

Evan is working on a book about the New York jazz world of 1955 to 1964, and plans to podcast the interviews conducted for his research.

For further information contact Evan at his email address, evanspring@gmail.com. 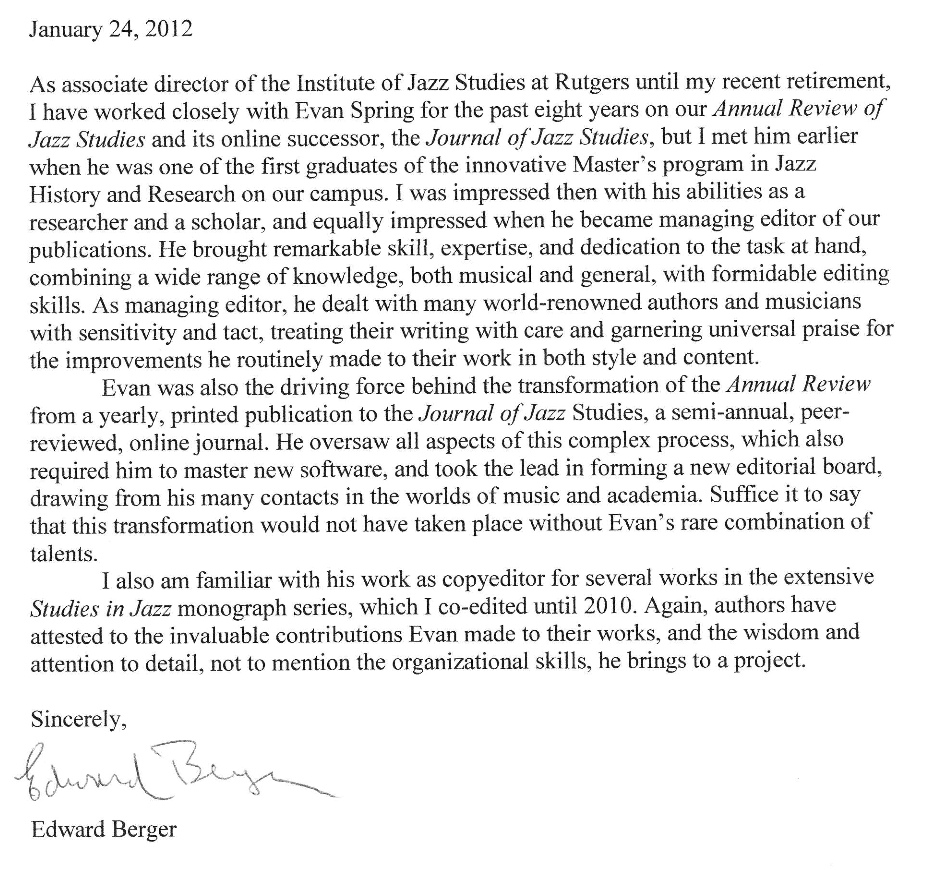 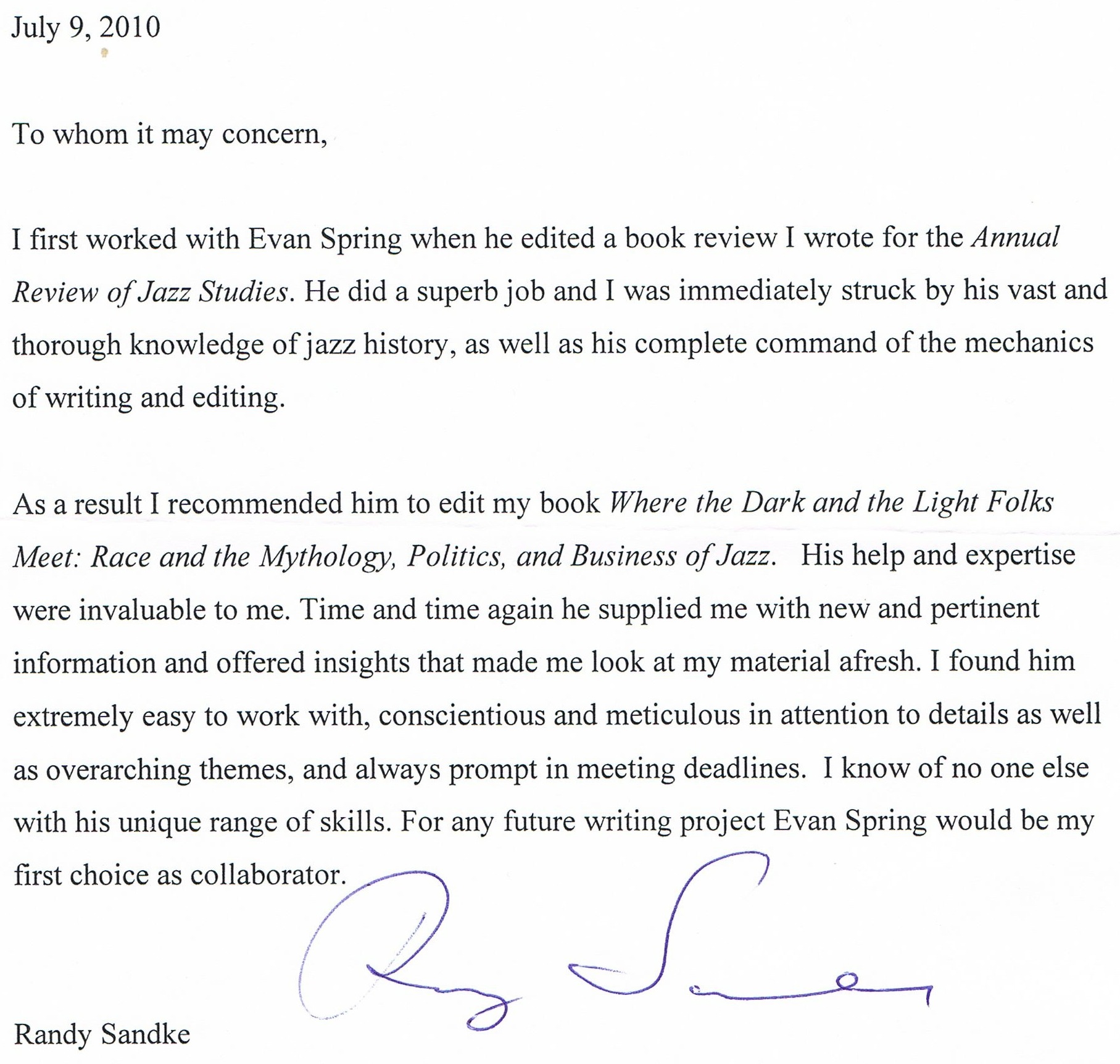